With the renowned West End Festival set to be ‘THE’ place to be during the month of June in Glasgow, Auchentoshan Scotch Whisky identified an opportunity to connect a captive audience with an engaging campaign through Tactically placed Media.

Aiming to encourage drinkers to switch from their regular international bourbon to a local Scotch whisky, Tactical Media was tasked with placing impactful media in environments that would capture the attention of the target audience and encourage them to take action.

Far from it’s once stuffy image as the drink of choice amongst the older generation, whisky is becoming increasingly popular amongst a younger demographic. Targeting an audience of ABC1 adults, aged 25-40, media was to be delivered in close proximity to the purchase decision in the various venues in the festival area.

Eight out of ten drinkers enter a bar without knowing what they want to order therefore exposing them to the Auchentoshan brand in close proximity to venues was vital.

With this in mind, Tactical Media conducted market research of the venues within the festival parameters and concluded Tactical Street Stencils and Tactical Graffiti were most effective . With a huge concentration of bars, restaurants, pubs and comedy clubs, the target audience were known to frequent the area. This allowed Tactical Media to place media in environments with confidence that the campaign would be delivered to a receptive audience.

Tactical Street Stencils were jet washed onto the pavement along footfall routes in and around the West End, in proximity to a wealth of Auchentoshan bars and pubs. With the target audience from the generation who have grown up in a time of  advertising overexposure, bringing the campaign to them in a creative way encouraged them to consider Auchentoshan. 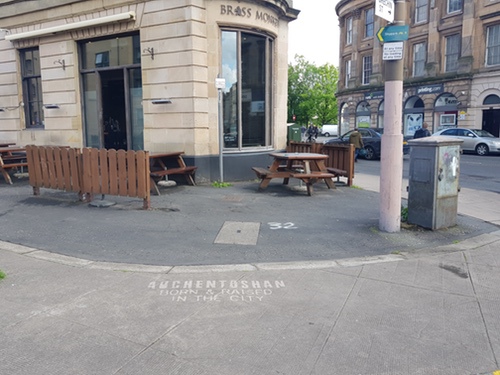 Tactical Graffiti was placed in strategic footfall routes in the West End, including on the wall outside of the Ubiquitous Chip and Jinty McGuinty’s pub in the ever busy Ashton Lane. As one of the most popular locations for drinking and socialising in Glasgow, Ashton Lane was guaranteed to attract the target audience during the West End Festival. The spectacular Tactical Graffiti was guaranteed to capture the attention of the target audience. Breathtaking artwork encouraged social media sharing and presented the Auchentoshan brand as young, fresh and cool. 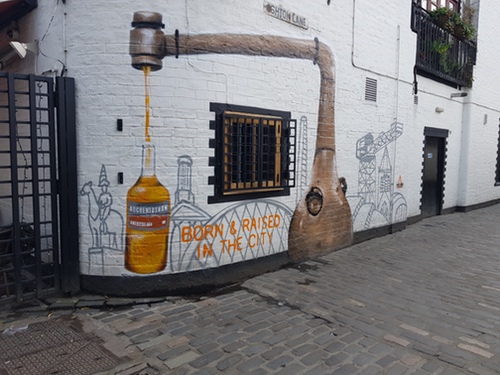 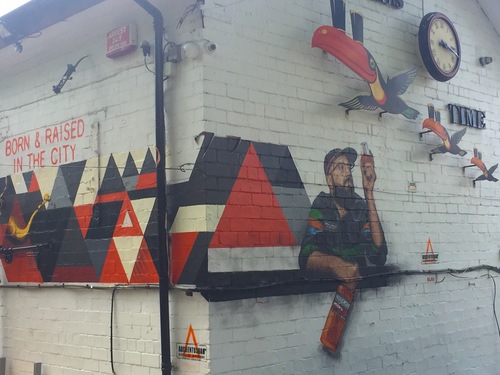 Striking Tactical Graffiti outside of Jinty McGuinty’s on Ashton Lane 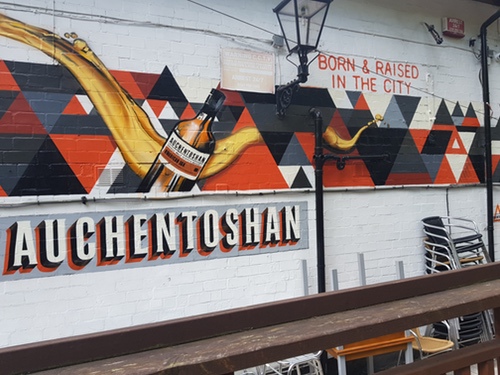 Tactical Street Stencils and Tactical Graffiti were effective in influencing the purchase decision of the target audiences as they entered various venues in the festival area. Sales of Auchentoshan increased in the campaign area, as a result of the tactically delivered media. 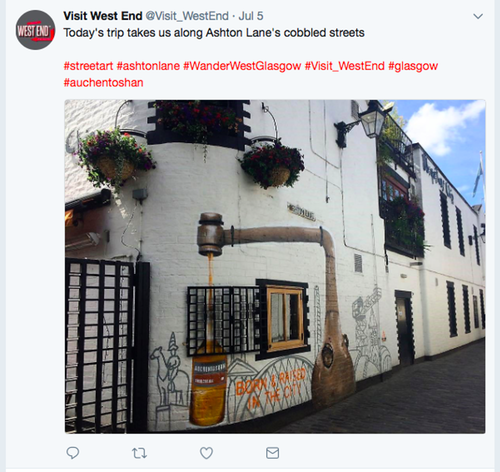 Tactical Street Stencils, in conjunction with Tactical Graffiti, led to more and more of the target audience making the decision to switch to Auchentoshan. As a result of the campaign, Jinty McGuinty’s saw a huge increase in sales of Auchentoshan, from selling one bottle per month to at least two per week! In fact, the whisky has become so popular it has now become Jinty’s house whisky.