No Knives Better Lives aimed to implement an engaging campaign, which spoke directly to the youth and educated them on the consequences of knife crime.

Aiming to reduce knife crimes in Scotland, Tactical Media was tasked to come up with some tactical and innovative ideas that resonated and captured the attention of the young people. 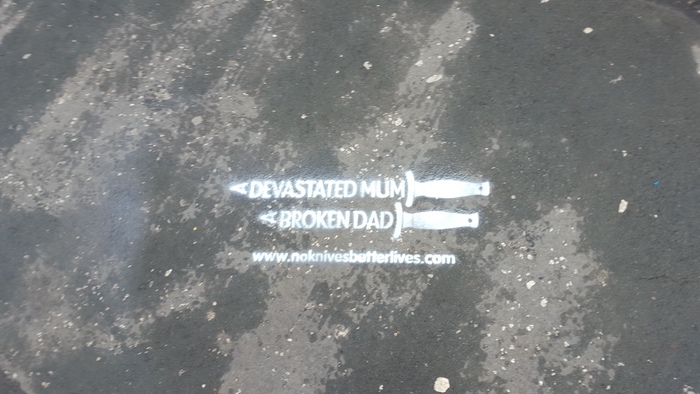 The message of the campaign was hard hitting

Taking into consideration the target audience of youths aged 12-16 and the message of the campaign, Tactical Media recognised Tactical Street Stencils as the most effective media platform to bring the campaign to the attention of the audience.

Tactical Street Stencils lend themselves to a wealth of campaigns and are a highly effective media channel for socially responsible marketing, making them a natural fit for No Knives Better Lives.

A diverse platform, street stencils can be applied by jet washing, chalk or paint. This allows them to be easily applied and removed, in keeping with campaign time frames. Tactical Street Stencils can also be integrated into wider campaigns. 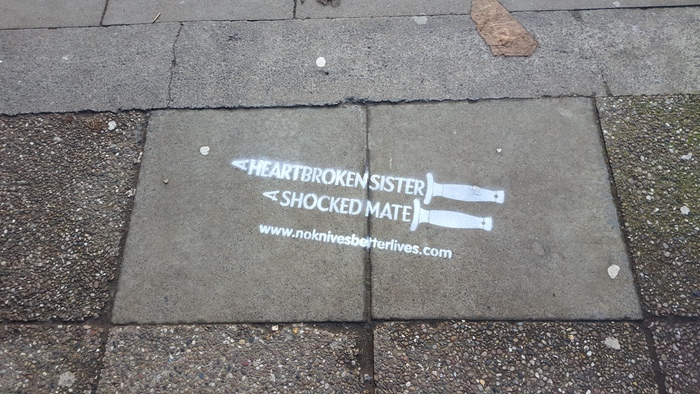 Tactical Media collaboratively worked with the police and community wardens to identify specific areas where knife crime was most prevalent and youths were known to hang around . Using this detailed knowledge, Tactical Media was able to establish busy footfall route amongst the target audience in these areas. Tactical Street Stencils were then strategically placed throughout these routes, which allowed the campaign message to be delivered to the target audience. 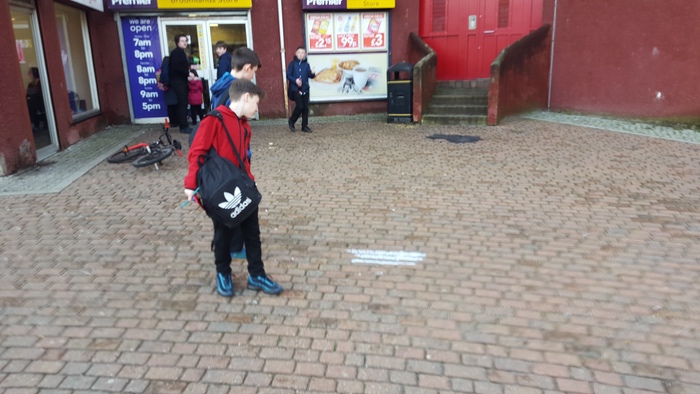 The audience were seen interacting with the Tactical Street Stencils

The Tactical Street stencils were strategically placed using the local knowledge of the police and community wardens. This provided Tactical Media with an effective platform to raise increased awareness of the consequences of carrying a knife.

The Tactical Street stencils hit home with the youths and displayed emotional evoking messages that demonstrated the potential impact on perpetrator’s mothers and victims’ families.

Statistics have shown in the period since the campaign, recorded incidents of people carrying knives have fallen dramatically by 69%.

The Tactical Street Stencils were an integral part of the No Knives Better Lives campaign which has now seen significant reduction in knife crimes taking place across Scotland.

In the Spotlight: Tactical Coffee Cups