Case Study: You’re Asking For It

Case Study: You’re Asking For It

With rising levels of anti-social behaviour, crime and violence in the community of North Lanarkshire, police recognised a correlation between these rising statistics and underage drinking in the area.

The campaign, launched in North Lanarkshire, Scotland, aimed to reduce underage drinking through under 18s approaching adults for to ‘jump in’, described by Inspector Alistair Anderson as the practice of minors approaching adults and asking them to buy alcohol for them.

Tactical Media was tasked with creating an outdoor media campaign which captivated the target audience and delivered a reduction in the number of cases of underage drinking and proxy purchasing.

The most important aspect of this campaign was ensuring media was placed in proximity to known areas where proxy purchasing was occurring. Through our national database of venues, Tactical Media was able to identify shops where adults were purchasing alcohol for underage children. In order to tackle the issue, media had to be fitted in locations that would influence both under 18s asking adults to buy alcohol and the adults buying the alcohol.

The campaign artwork highlighted the repercussions facing those caught proxy purchasing, which can either be a fine or imprisonment. Bringing this to the attention of the target audience on footfall routes to shops was vital.

Tactical Street Stencils can be applied by jet washing, chalk or paint and leave a clear and engaging advert in an unexpected location, making it a great way to capture the attention of a target audience. Given the target audience of under 18s, who are likely to congregate in footfall routes near corner shops and off licenses, Tactical Street Stencils were the ideal media to engage this audience. 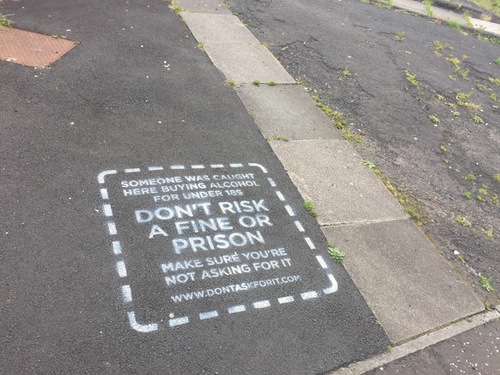 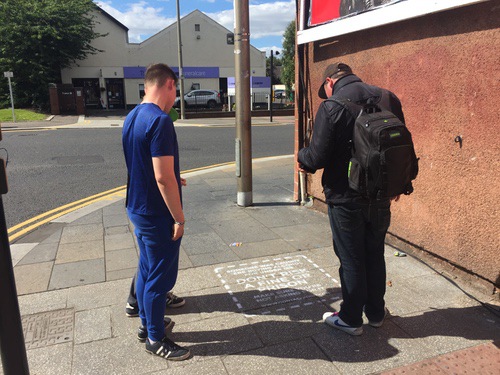 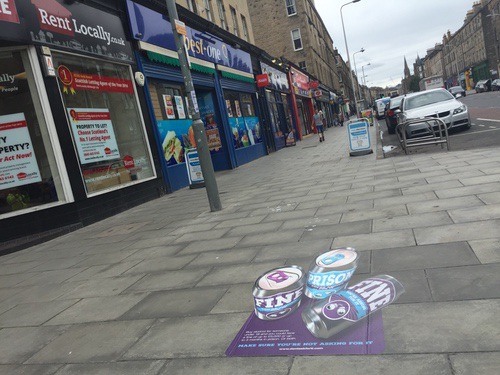 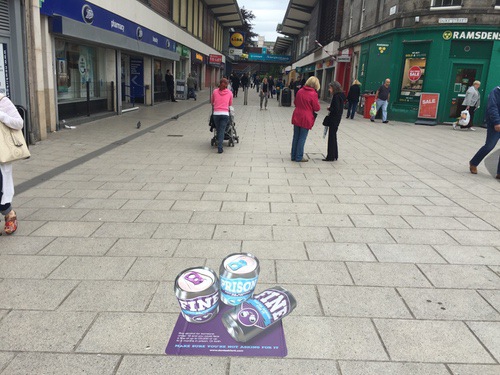 Tactical Floor Vinyls could be seen in busy shopping areas, where proxy purchasing was known to occur

The campaign performed exceptionally well, with Police Scotland reporting the number of youths drinking in public was reduced by 55% as a result of the campaign.

Tactical Street Stencils and Tactical Street Vinyls were able to influence the target audience of under 18s and those buying alcohol for them through effective media placement.

The media campaign proved to be a success and gained coverage on social media and in the press, giving the campaign further traction. The campaign appeared as the headline story on BBC News Glasgow & West, with an article claiming the campaign had successfully cracked down on ‘jump ins’. 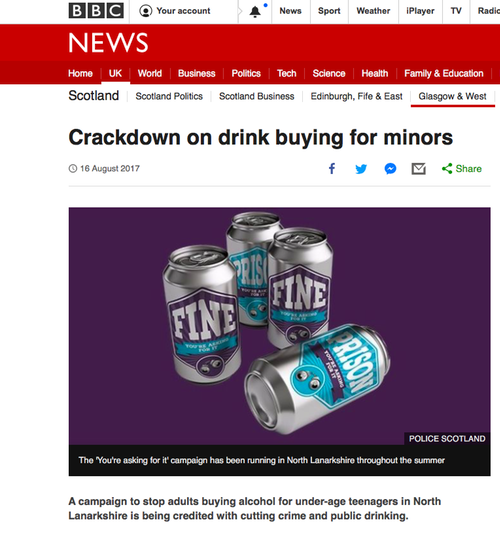 The success of the campaign was reported by BBC News 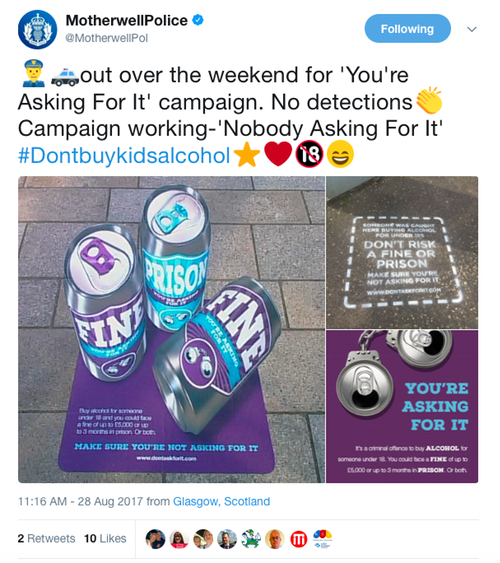 Motherwell Police found the campaign to be working on their patrol

Inspector Alistair Anderson was instrumental in the planning and execution of this campaign. Speaking of Tactical Media’s contribution to the campaign he said:

Tactical Media was a key partner in the ‘You’re Asking for It’ campaign targeting alcohol proxy purchase and underage drinking across North Lanarkshire. Ken and his team went above and beyond and nothing was a problem.

Courteous, knowledgeable and professional with a real focus in ensuring that what they delivered met the needs of the partnership.

The campaign was able to reduce under 18s drinking in public and proxy purchasing through intercepting both with media which made them think twice about ‘asking for it’.