The longest road in Scotland, The A9, boasts stunning scenery throughout its 273 mile stretch. Unfortunately however,  the  road dubbed ‘Scotland’s Route 66’ has long held the infamous title of the most dangerous road in Scotland.

Transport Scotland identified drivers phone usage as one of the key factors in the high numbers of serious road traffic accidents. Drivers who use their phone whilst driving were found to be four times more likely to cause an accident on the road.

In a bid to reduce the accident statistics, Transport Scotland introduced a Tactical campaign, which aimed to educate drivers and highlight the implications of phone usage when driving.

Tactical Media was tasked with delivering a variety of our media platforms to bring the message to the attention of drivers in a creative way.

Tactical Media recommended four of our targeted media platforms to reach drivers on the A9 from Dunblane to Inverness. These platforms ensured the campaign was delivered to motorists at various touchpoints throughout their days, allowing the campaign message to be reenforced.

Lifting venues from our national Tactical network, Tactical Media was able to deliver the campaign to the targeted stretch of the A9 from Dunblane to Inverness. Our guerrilla style of media allowed us to capture the attention of drivers and drive home the campaign message.

Tactical Street Stencils were placed in lay-bys between the Dunblane to Inverness stretch of the A9. TSS were seen by drivers at a crucial point-when they were on the A9. When drivers had pulled over on one of the many lay-bys on the stretch, they were able to see the campaign message and drive accordingly on their onward journey. 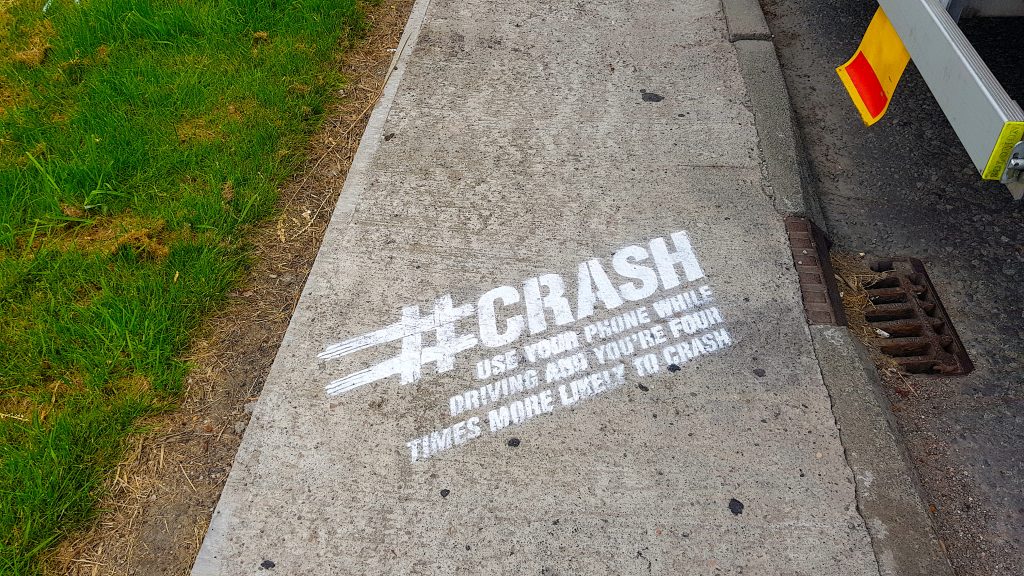 Tactical Coffee Cups were placed throughout cafes, coffee shops and lay-by takeaways and gave the campaign another touchpoint with drivers. Our double-skinned coffee cups offer campaigns a unique creative space, with an average dwell time of 21 minutes which gives considerable time for the campaign message to be digested by the target audience. With many drivers consuming their coffee in their vehicle, the Tactical Coffee Cups were able to influence drivers on the road. 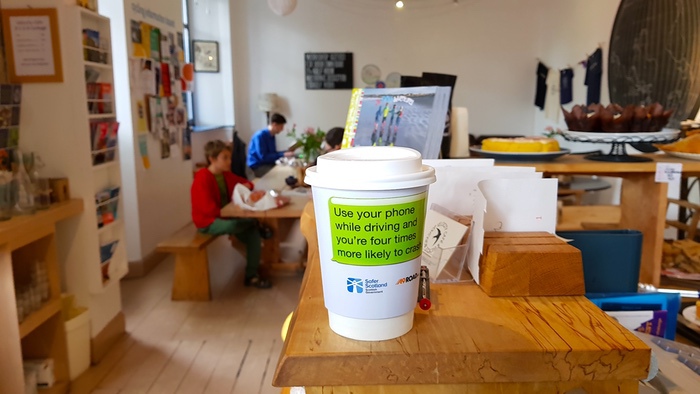 Tactical Media Mats added another dimension to the campaign. Placed in bars and pubs in proximity to the A9, TMM’s brought the campaign message to drivers at another point of their day, in a social setting. 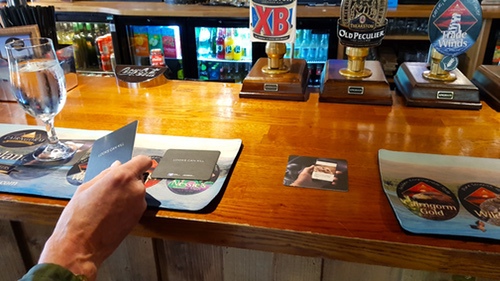 Tactical Eyecatchers ensured further coverage along the A9 and were placed strategically along lay-bys and in local towns and villages in proximity to the A9. 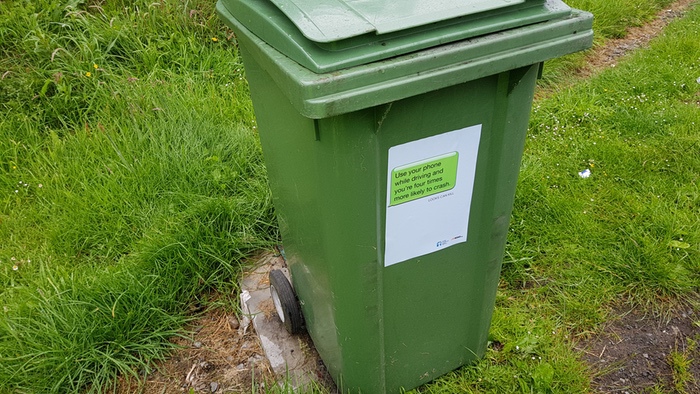 Tactical Eyecatchers were placed strategically along the A9

The combination of these four media platforms allowed for a robust campaign, targeting drivers of the A9 effectively and highlighting the dangers of using a phone when behind the wheel.

Tactical Media platforms captured the attention of the drivers of the A9 through widespread coverage in the targeted area.

Tactical Street Stencils in particular got drivers thinking. The stencils, placed on A9 lay-bys from Dunblane to Inverness, captured the attention of drivers, with some wondering if a vigilante had taken the decision to apply socially responsible graffiti along the road. The concerned motorists were assured the graffiti was in fact part of a government backed road safety campaign.

A photoshoot and interview with Transport Minister Humza Yousaf was organised, in which he posed in front of one of the Tactical Street Stencils. 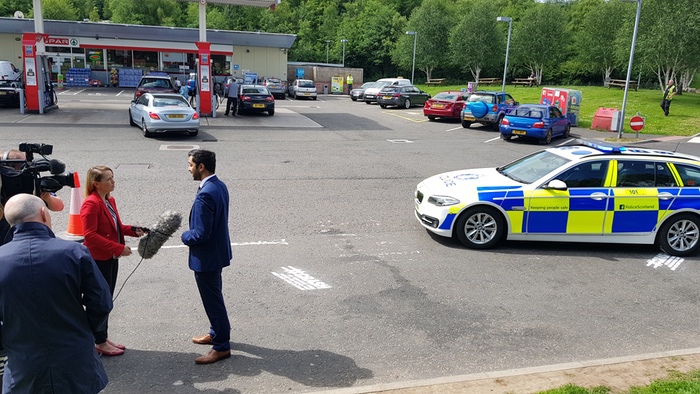 Humza Yousaf, Transport Minister, speaks to press about the campaign

“Any activity which takes a driver’s concentration away from the driving task is potentially dangerous and we encourage everyone to acknowledge driving as a skill which requires concentration and judgement. I urge all drivers to avoid using mobile phones when behind the wheel.”

Case Study: You're Asking For It